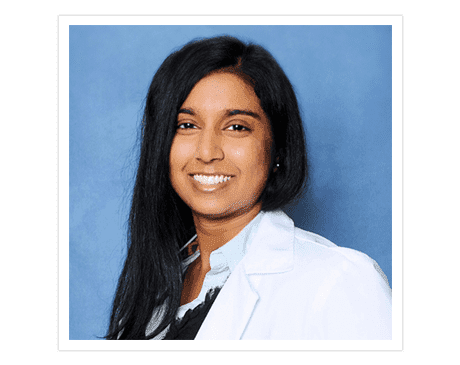 Dr. Nisha Krishnan was born in Toledo, Ohio in 1985. Her family relocated to Ocala, Florida when she was at the age of 4 and she is an International Baccalaureate graduate of Vanguard High School. Dr. Krishnan is driven with passion in every aspect of patient care that her patients receive. The quality of her patients lives as well as their longevity are her number one priority by consistently providing conservative and preventive treatment for all conditions.

Podiatric Medicine and Surgery Residency: PMSR-RRA program with emphasis on forefoot and complex rearfoot, ankle and leg reconstruction and traumatology with specialization in external fixation of the lower extremity

2009 - National Board of Podiatric Medical Examiners Part I